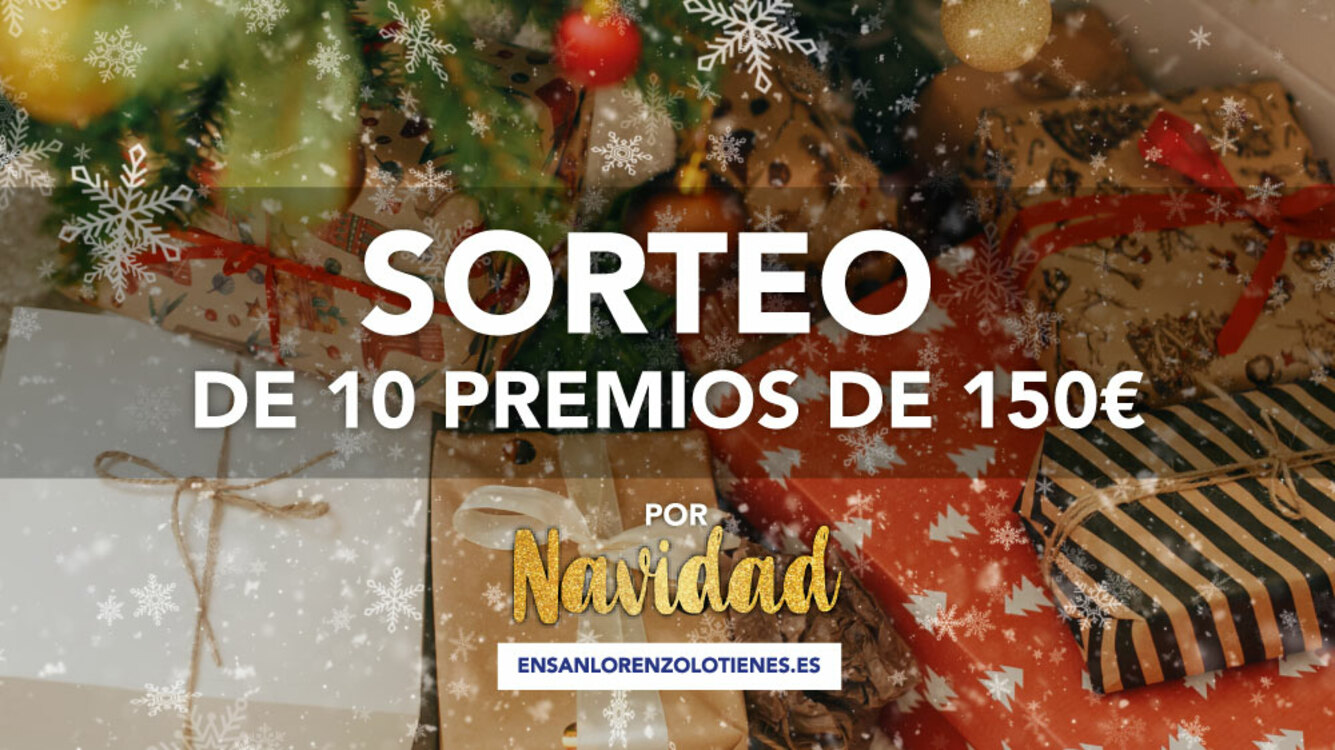 Until January 10, purchases in San Lorenzo de El Escorial can obtain a prize of 150 euros

Customers who make their purchases until January 10 in the gurriato establishments adhered to the campaign "By Christmas, in San Lorenzo, YOU HAVE IT" will enter the draw for 10 checkbooks with purchase vouchers for a total value of 150 euros.

This initiative of the San Lorenzo de El Escorial City Council seeks to encourage Christmas shopping in local businesses. To do this, all customers who make a purchase over 15 euros will receive a ballot to participate in the draw for the 10 purchase stubs.

More than 30 establishments have joined this campaign, which can be consulted here

In addition to this raffle of 1,500 euros in total, the City Council has also invited the businesses of the municipality to participate in the Christmas Shop Windows Contest , from Monday, December 14 to Wednesday, January 6, both inclusive. Registration to participate can be done until December 11.

You can vote for the most beautiful showcase from December 18 to January 6, through the website participacion.aytosanlorenzo.es . To do this, you will have to register with your mobile phone. The contest has three prizes of 299, 200 and 100 euros and an institutional gift consisting of two adult passes for the Water and Health Center of the San Lorenzo de El Escorial City Council for all participating establishments.

The result of the contest will be announced at the awards ceremony, which will take place at the Casa de Cultura on Saturday, January 9, 2021, at 1:00 p.m.

In the words of the mayor, Carlota López Esteban, “with initiatives like this one, the aim is to help boost business activity, build customer loyalty and reward consumers who are committed to local businesses, which have been so punished in recent months. The shops of San Lorenzo have made an effort to adapt their premises and make them safe for purchases and surely that the residents will prefer to buy in San Lorenzo de El Escorial «.