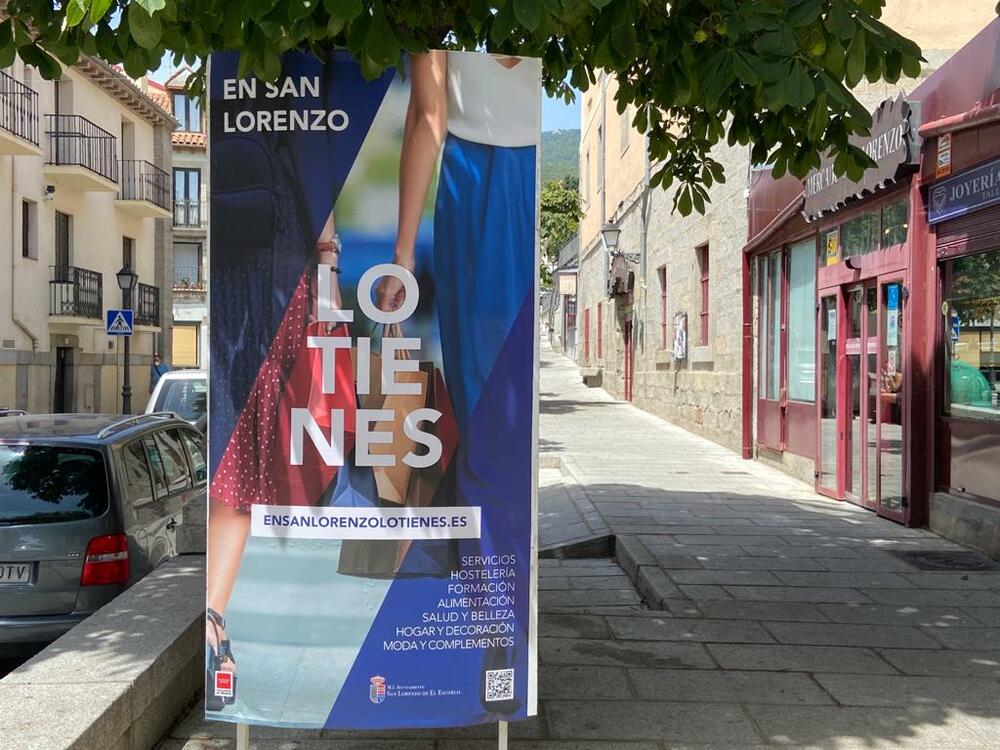 The City Council launches the campaign &quot;In San Lorenzo you have it&quot; to promote the local business fabric

"You have it in San Lorenzo" is the slogan of the local business promotion campaign launched by the San Lorenzo de El Escorial City Council. The aim of the action is to raise awareness among residents of the need to support the business fabric of the municipality and visitors that San Lorenzo has much more to offer apart from the best-known monumental aspect.

The campaign "You have it in San Lorenzo" wants to focus attention on what is probably the ideal time to change some of our consumption habits that lead us to travel unnecessarily miles looking in shopping centers for what we have one step away from our homes , in the urban center, in the commercial area of Zaburdón and in the Polígono Matacuervos.

The actions included in the campaign are:

A San Lorenzo full of life

The pandemic has made it clear that a San Lorenzo with its shops and businesses closed is a lifeless San Lorenzo. A dynamic and lively urban center is an attraction for those who visit San Lorenzo de El Escorial, but also for its neighbors who will find everything they need in local shops and services.

The Councilor for Commerce, Myriam Contreras, has sent a letter to the commercial establishments inviting them to participate in the campaign "You have it in San Lorenzo" by placing the stickers with the QR code in their premises, distributing the promotional bags and updating the information with their data. San Lorenzo de El Escorial business guide, in order, together, to contribute to the development of the city.

The project has been financed by the City Council, through the Department of Commerce, and a grant will be requested from the Community of Madrid to cover part of the costs.